Richard J. Podell graduated from Colgate university (A.B. 1966) and the University of Wisconsin (J.D. 1969).  He is the President of Podell & Book, S.C., where he practices in the area of Family Law.

Richard J. Podell is a Frequent Lecturer and has Spoken at: 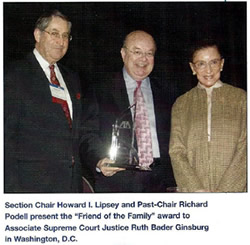 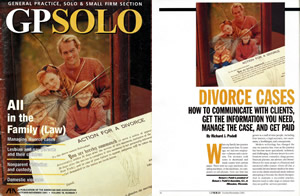 Mr. Podell has appeared in other well-respected industry publications such as The National Judicial College, Family Advocate, The Solicitors Family Law Association and attended the Faculty of Advocates conference with Bar Leaders from around the world.

Mr. Podell’s wife, Penny E. Podell, is a former County Supervisor who served Milwaukee County for over 25 years.  They are parents to a son, Attorney Todd Podell who lives with his family in Texas and daughter, Tasha Tilock, who lives with her family in Virginia.  The Podells enjoy spending time with their 5 grandchildren.